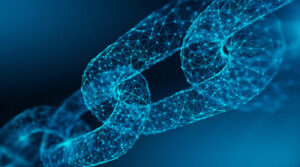 Simple explanation of Cryptocurrency and Blockchain

This is a simplified overview of Cryptocurrency and blockchain. Its purpose is to give a basic understanding without going too deep into the technical details.

Cryptocurrency is a digital or virtual currency where coin ownership and transactions are recorded and stored in a computerised ledger.
Cryptography is used to record those transactions and keep them secure.
There are many different types of cryptocurrency so I will start with the first decentralised one: Bitcoin

In early 2009 an anonymous programmer or entity going by the name of Satoshi Nakamoto created a decentralised digital currency called Bitcoin.
They were not the first to create a digital currency, this had been attempted several times back in the 1990’s but these were all based on a centralised system relying on a trusted 3rd party.

Bitcoin was different, this was based on a decentralised peer to peer electronic cash system that didn’t require any company or trusted third party to manage it.
This was a big thing, with no company or governing authority it couldn’t be stopped or controlled by any individual country or political system.

The big problem to solve on a decentralised network is how to ensure the ledger that records each transaction is genuine and someone doesn’t manage to double spend their Bitcoin. Bitcoin overcomes this issue by using blockchain which is to simplify a digital list of transactions or a digital ledger. With Bitcoin this ledger stores all transactions that ever happened within the network and is publicly available to anyone.

For the network to work people need to use their computers to process and record transactions for everyone on the blockchain. In order to incentivise them they can be rewarded with Bitcoin; however, to stop too many Bitcoins being awarded they are also given incredibly difficult sums to work out. The difficulty of these calculations is directly related to the estimated total amount of computer power being used to calculate them. I.e. The more powerful the computers the more complicated the calculations.  This process is called mining and is also known as proof of work.

Bitcoin is a first-generation cryptocurrency and was designed as a decentralised form of money. When Bitcoin became more well know people realised that the underlying blockchain could be utilized for many other purposes and not just money. To do this however is would require a general-purpose programming language built upon the blockchain.

Ethereum is a second generation blockchain which launched in July 2015. Ethereum uses many of the concepts of Bitcoin. They are both decentralised digital currencies which can be mined using proof of work, traded, on online exchanges and stored in crypto wallets. Ethereum however uses a new general purpose blockchain that can be used as an application platform. This allows any type of application to run on top of the blockchain.  This is also referred to as, smart contracts. They also made other improvements to the blockchain including the transaction time needed to create a new block on the blockchain. A block is like a page in the ledger that records the latest transactions. Although Ethereum increased this speed it is still very slow and can only process roughly 15-20 transaction per second (TPS). Visa on the other hand can process 45,000 TPS. Proof of work mining also has some major disadvantages. The first is that they waste energy which is bad for the environment. This is one of the most common criticism of Bitcoin. Although a large percentage of this energy is green that still leaves a massive amount that is not and this will only increase. The second major concern is security. Proof of work mining only provides adequate security if there is a large network of miners. In the beginning anyone could mine bitcoin on their computer. As the computational power required to mine bitcoin has increased this is no longer viable and requires specialised equipment that can only be used for mining. This has resulted in most of the mining done by just a few large mining farms and pools.

As well as scalability which itself can be divided in to 3 parts, there are several other factors that need to be considered if a truly decentralised, scalable blockchain is to be accepted mainstream by companies and governments.

This is where Cardano a third generation blockchain comes in to its own. Cardano has been designed from the ground up with great detail and consideration given to every aspect. They are the first to be founded on peer-reviewed research and developed through evidence-based methods. More about Cardano to be added soon.

Back to the basics